Workshop at an Islamic school 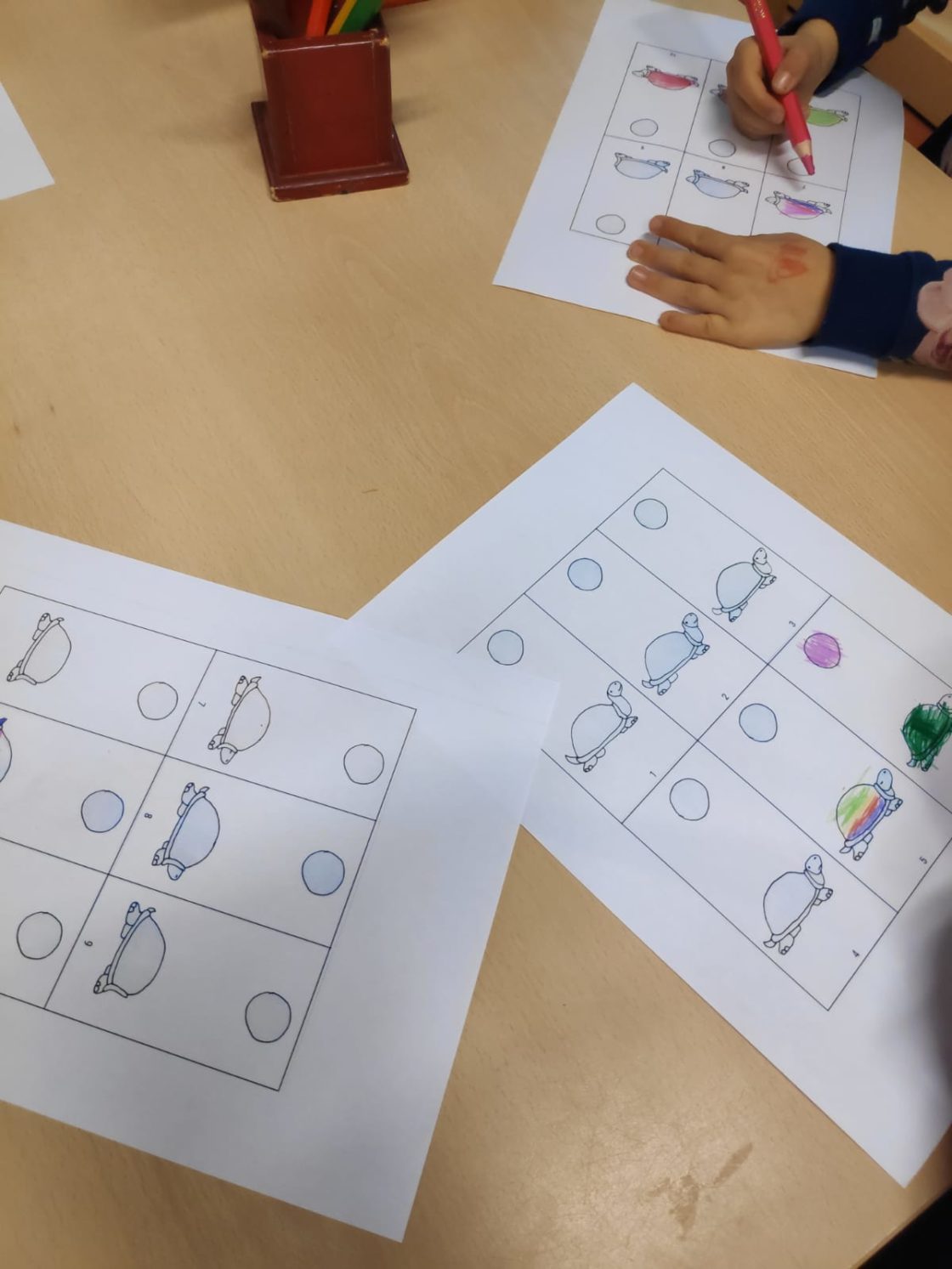 I arrived early at the school. I have never been to an Islamic school before so I wanted to have some time to ask a couple of questions and get used to the idea of teaching toddlers again.

I was a little too early because there was nobody there yet. Luckily after a couple of minutes two women approached me and the school. They let me in and told a little bit about the school.

I gave three workshops to toddlers. Every time in a different classroom. I would start the first workshop right after the start of the day so I was already there to unpack. The workshop doesn’t use a lot of materials so I was ready in no time. The teacher asked me if I wanted to join the Islamic start of the day in the teachers room. Of course I joined.

All teachers gathered in a big circle in the teachers room. There was a large table in the middle and a pink and black couch to the side. One of the ladies who opened the door for me, sat down at the table and pulled a book towards her. She read a bit from this Koran. The good thing was, it was the Dutch translation so I understood what the text was about. Then a short round of questions and news and then everyone went to their own classroom.

I stood besides the door with the teacher and gave a hand to all the kids. Kleinkunstig told me not to give a hand to boys because I’m a woman. Turns out, that isn’t the case if the kids aren’t of praying age. Toddlers don’t have to pray yet, so I can give them a hand.

When all the kids sat on their chairs, the teacher and the kids sang their start-of-the-day-song. It sounded beautiful and I wish I could understand what they sang.

After that, I told the kids what we were going to do and we went to work. They did a very very good job at colouring, cutting and glueing. That’s why the results were very good as well!

The second workshop group was located in the classroom opposite of the first group. I could easilly pick up all the materials and walk to the next room. The kids were all ready for me to begin, so I did. And there was an intern as well so we had some extra helping hands.

Here the kids worked very hard and neat as well. At the end we were in a little bit of a hurry because the kids had to get ready for gymclass.

I had an hour between the second and the last workshop. That was lovely because toddlers want a lot of attention and that askes for a lot more energy than a sixteen year old who can work for themselfs.

Halfway through my break, the rest of the teachers got their break as well. Now I had the chance to talk to a couple of women. I told them how impressed I am about their Islamic school. Mostly because I gave this workshop once before and those kids were running around screaming. I couldn’t work as much there as I have done here on this Islamic school.

After that we talked about birds, bee’s and kids.

The last group was in the classroom across the hall from the teachers room. This group was a lot more energetic and less organised than the other two. But they worked wonderfull non the less. The kids still made a wonderfull piece of art.

When I left, I got hugs from a few kids.
What a lovely first experience with an Islamic school!